The largest greenfield FDI project ever to start in Iváncsa 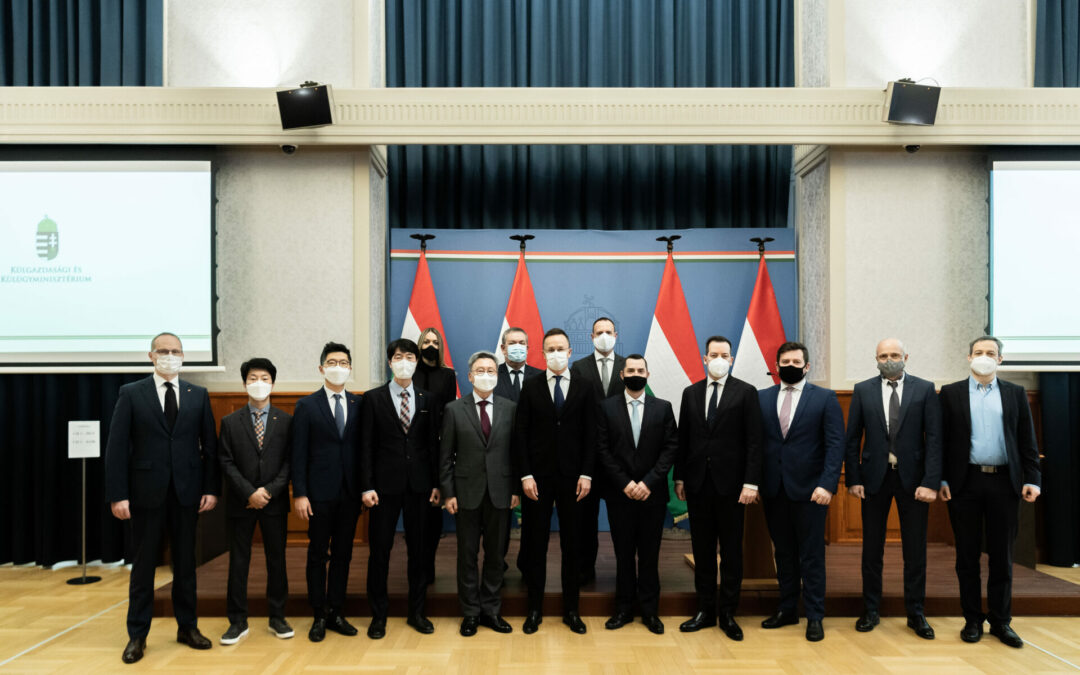 One of the world’s leading battery manufacturers, the Korean SK Innovation is embarking on yet another major project in Hungary. With a greenfield investment of USD 2.29 billion, the company’s largest European factory unit is to be established in Iváncsa. In addition to their two factories in Komárom, the annual capacity of the production base to be launched third will be 30GWh, creating 2,500 new jobs and enabling the production of 430,000 electric cars per year. Construction starts at the end of 2021.

The first European unit of the company’s Battery division was founded in Komárom. Lithium-ion battery cells, modules and packs for electric vehicle batteries are manufactured in the SK Battery Hungary plant. Construction of the second production unit, also in Komárom, has been completed, where production is about to start. Once the investment is completed, the production capacity of 7.5 GWh and 9.5 GWh of the two plants will be supplemented by the new factory’s annual production of 30 GWh. According to the company’s strategic plan, it strives to achieve 125 GWh of production capacity by 2025, a significant part of which will be provided by the capacity of the Hungarian plants. Considering 70 kWh average power output and 400 km effective range per vehicle, the factory at Iváncsa will provide for the production of 430,000 electric cars annually.

The new facility to be constructed in Iváncsa as the largest European factory of SK Innovation on 70 hectares, is the largest greenfield investment project of all time in Hungary. Thanks to the developments, the automotive battery production capacity of the South Korean giant will multiply in a short time, thus, Hungary’s role in electric mobility will also gain great appreciation in the coming years.