SK On Hungary received HIPA ‘Investor of the Year’ award 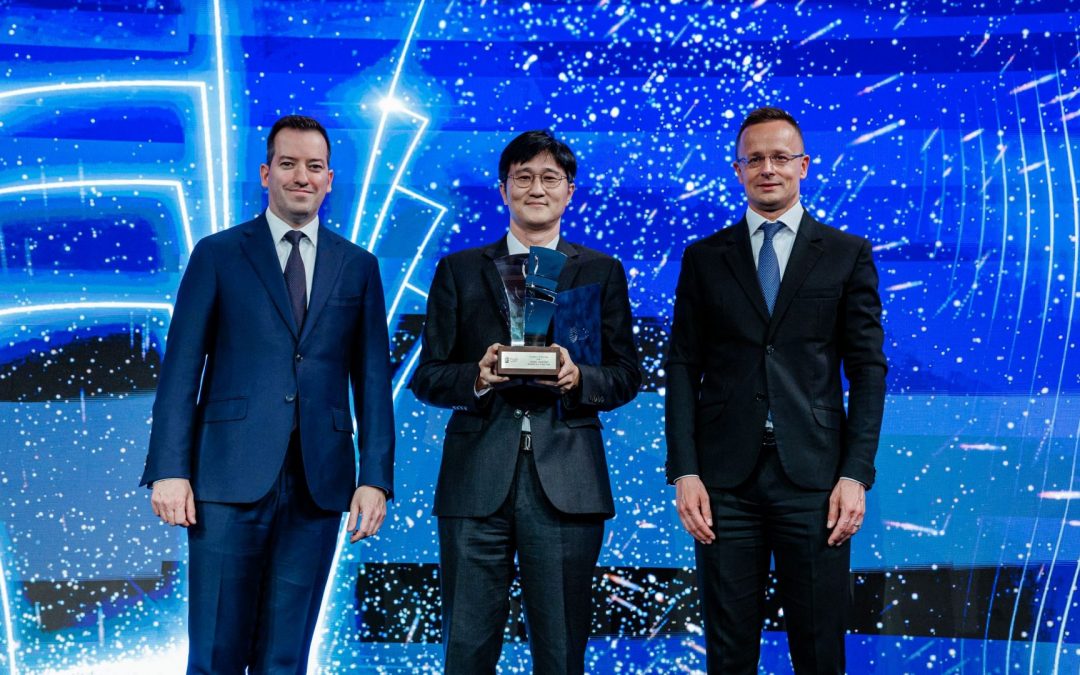 SK On Hungary received the HIPA ‘Investor of the Year’ award for the largest greenfield investment of the year. Awards were granted in six categories at HIPA’s ‘Investors of the Year’ gala event to honor the achievements of Hungary’s top investors and local players in 2021. The prizes were presented by Péter Szijjártó, Minister of Foreign Affairs and Trade and Róbert Ésik, CEO of HIPA.

„To say things about the Award, there is no doubt that it is a great honor for us to revieve the ‘Largest Greenfield Investment Award’ today, and I truly believe that the meaning of this award is to acknowledge and congratulate for diligently carrying out the investment plan, which we promised with Hungary. However, the titel of award reminds of and give us various impressions also.” – said Moon Hang-ki, CEO of the SK On Hungary Kft. and SK Battery Manufacturing kft.

One of the world’s leading battery manufacturers, SK On decided to carry out the largest single greenfield FDI project of all time in Hungary. The investment in Iváncsa will be the  third site in the country in addition to their two other plants in Komárom. The new production base will have annual capacity of 30 GWh and create 2,500 new jobs. The project enables the manufacturing of 430,000 e-cars per year.