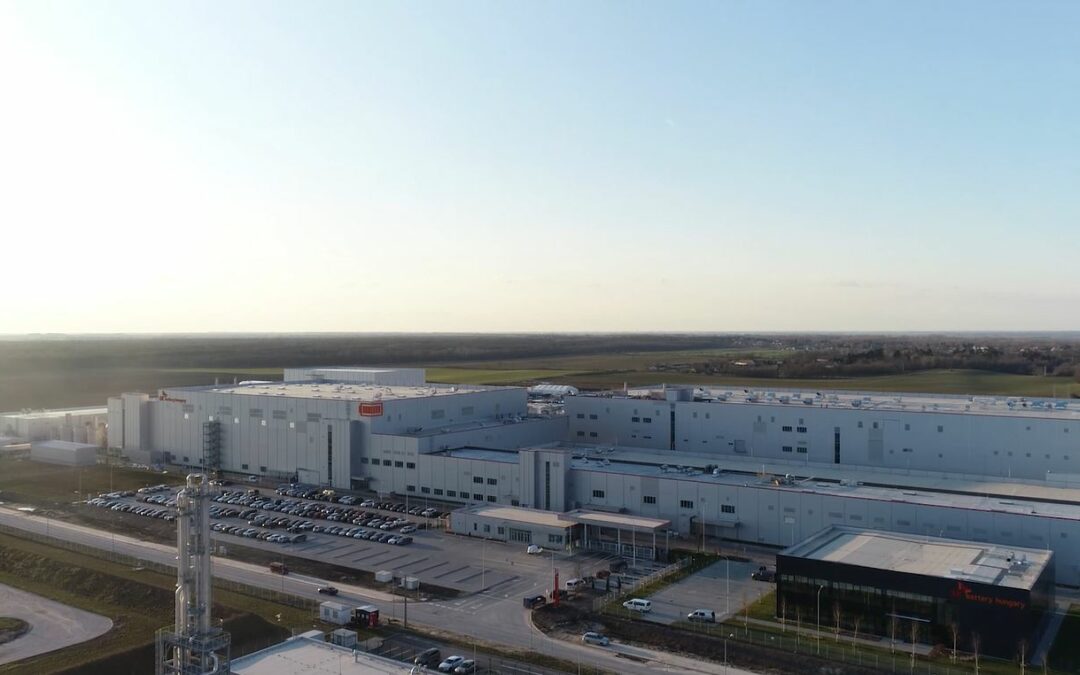 SK Innovation’s plant to be built in Iváncsa, announced at the end of January, is the South Korean group’s second investment in Hungary. The company, which has its roots in the oil industry, has increasingly turned to green energy solutions over the past decade and has developed innovative technologies for the production of batteries for electric cars.

To meet the growing needs of the European automotive industry, investment project was launched in Komárom in February 2018, followed by production start as early as autumn of 2019. Currently, 1,300 people work at SK Battery Hungary Kft., of various age groups, both men and women.

Although HR manager dr. Márton Ruppert initially expected difficulties due to the Komárom, Tatabánya and Győr region’s low unemployment rates, but thanks to the attractive wage and benefits offered by the company, together with the clean, modern work environment recruitment has been successful, with over 90 percent of employees living within 50 kilometers. The goal in the case of the Iváncsa plant is that the majority of the employees should be residents of Fejér County.

The company carries out its activities in possession of the necessary official permits (environmental protection permits, disaster protection permits) under the supervision of the relevant Hungarian authorities. Also, Komárom plant has regular emission measurements carried out by an independent authorized laboratory, as described in official permits. Based on these, there has not been any air pollution issue identified during the operating so far.

The basis of SK’s corporate mission is to support local communities, of which several examples can be mentioned during the short operation of the Komárom plant. In addition to the financial support provided to the city municipality to fight with the epidemic, HUF 15 million was also donated over 2 years to the city’s three public social, health and fire protection foundations.

Han Sang Kyu, Managing director of SK Battery Hungary, said that
“Our goal at Iváncsa is to grow together with the community by pursuing job security and long-term happiness for local people. I think that what we have learned so far in Komárom during the operation of the plant, including the understanding of Hungarian rules and regulations is a great asset and will contribute to achieving this goal.”