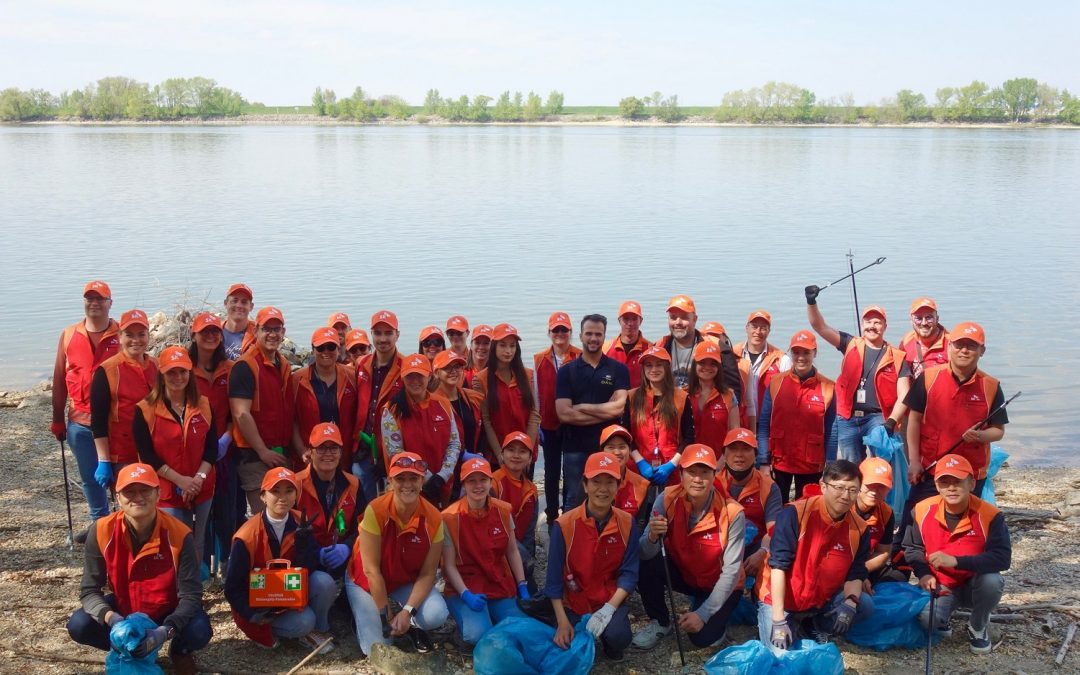 On April 29 (Hungary local time), about 40 members of SK On Hungary and SK Battery Manufacting, both located in Komárom, participated in a plogging event around Banks of the Danube, near the Komárom plants. SKOH and SKBM members walked 1.5km along the Danube River in the Komárom near the business site to collect garbage for 1 and half hours. This event was part of SK Innovation’s EnviRun for the Earth (“EnviRun” in short) Plogging Week, and it was organized jointly with KÖSZ, a volunteer group in Komarom, Hungary. Fehérvári Dávid, the leader of KÖSZ, has continued volunteering to collect garbage in the Komarom every week, added meaning to this activity.

(*) Plogging: A combination of jogging with picking up litter swedish ”plocka upp” (pick up) + English ”jogging” 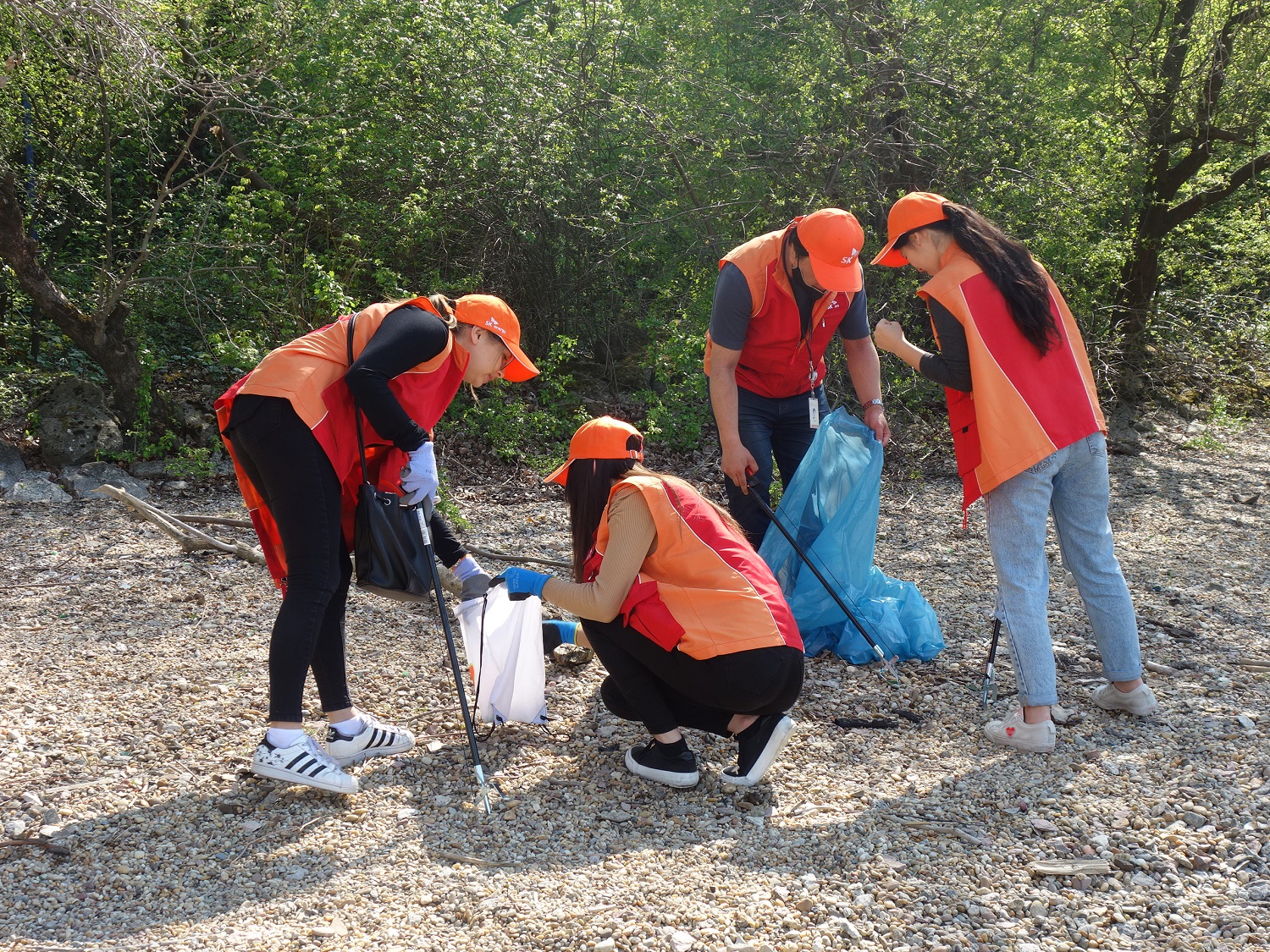 On the 29th, SKOH and SKBM members are doing volunteer work to pick up trash.

Moon Hang-ki, SKOH∙SKBM Managing Director, and local members picked up bottles and cans, as well as plastic waste that were discarded along the river and promenade, and collected a total 10 pieces of garbage bags. In addition, the caps of PET bottles will be collected separately and the amount collected through the KÖSZ group will be converted into money and donated to a local children’s charity.

Fehérvári Dávid, the head of KÖSZ, said ”It was our first volunteer activity to organize picking up trash in collaboration with a company, so we were excited from the preparation process, wondering how many would come and how they would feel after participating the campaign. The success of the action exceeded all our expectations, we would not have thought that about 40 SK On Hungary and SK Battery Manufacturing members would come and take part in the action so actively and attentively.” 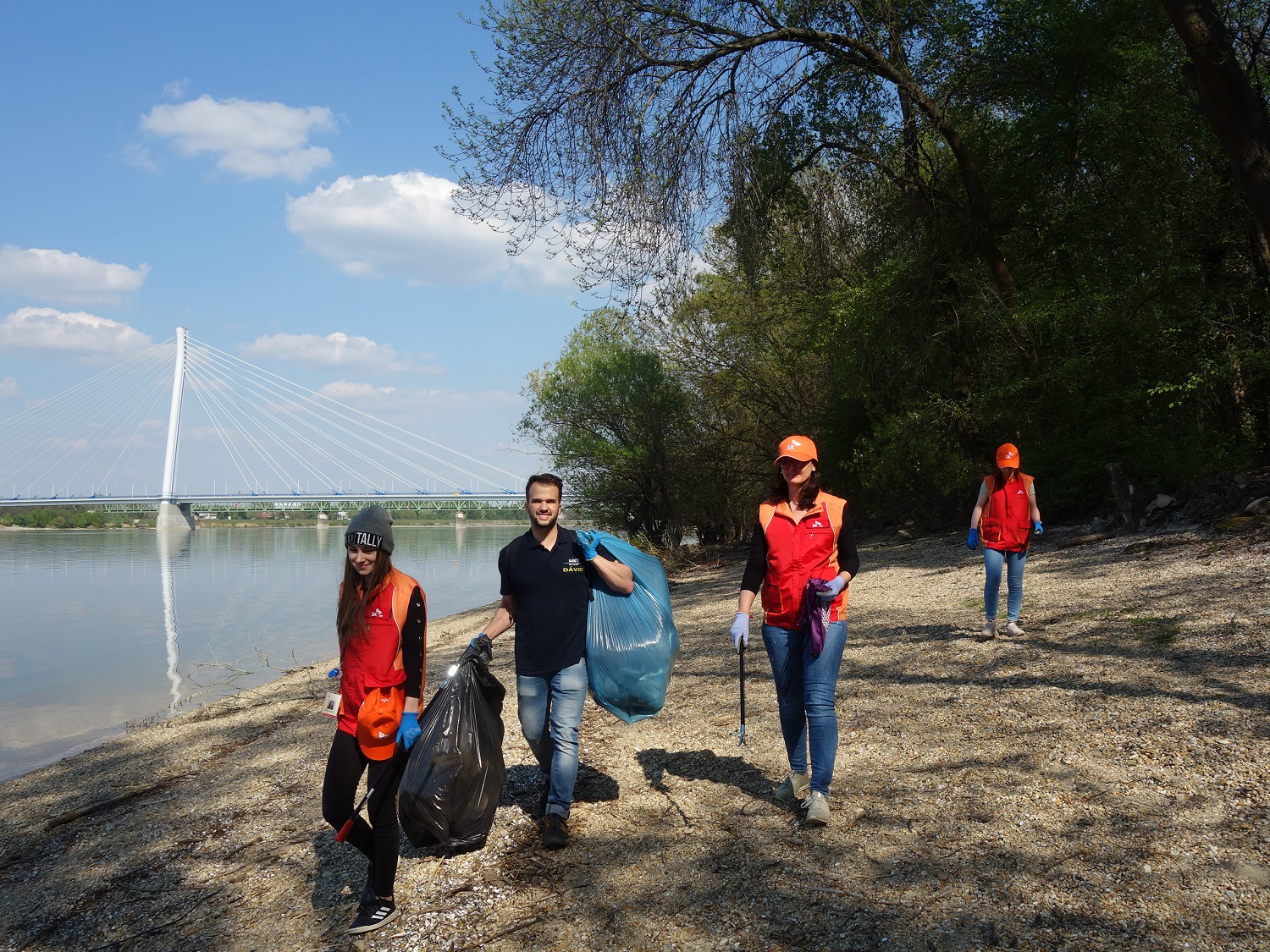 We were deeply moved by the companies’ members who took an interest in environmental protection and took the lead in action. We hope there will be an opportunity to do plogging volunteer activity with SK On Hungary and SK Battery Manufacturing members in the future again.

SK Innovation, the parent company of SK On, declared “EnviRun for the Earth” (EnviRun in short) Plogging Week’, a period of intensive participation from April 18 to 29, for members of all business sites in Korea and overseas. During the EnviRun Plogging Week, 4,045 employees of SK Innovation and affiliates participated, recording total 7,657 hours of volunteering. Starting with the participation of members, SK Innovation plan to expand the campaign nationwide in cooperation with local groups and institutions. 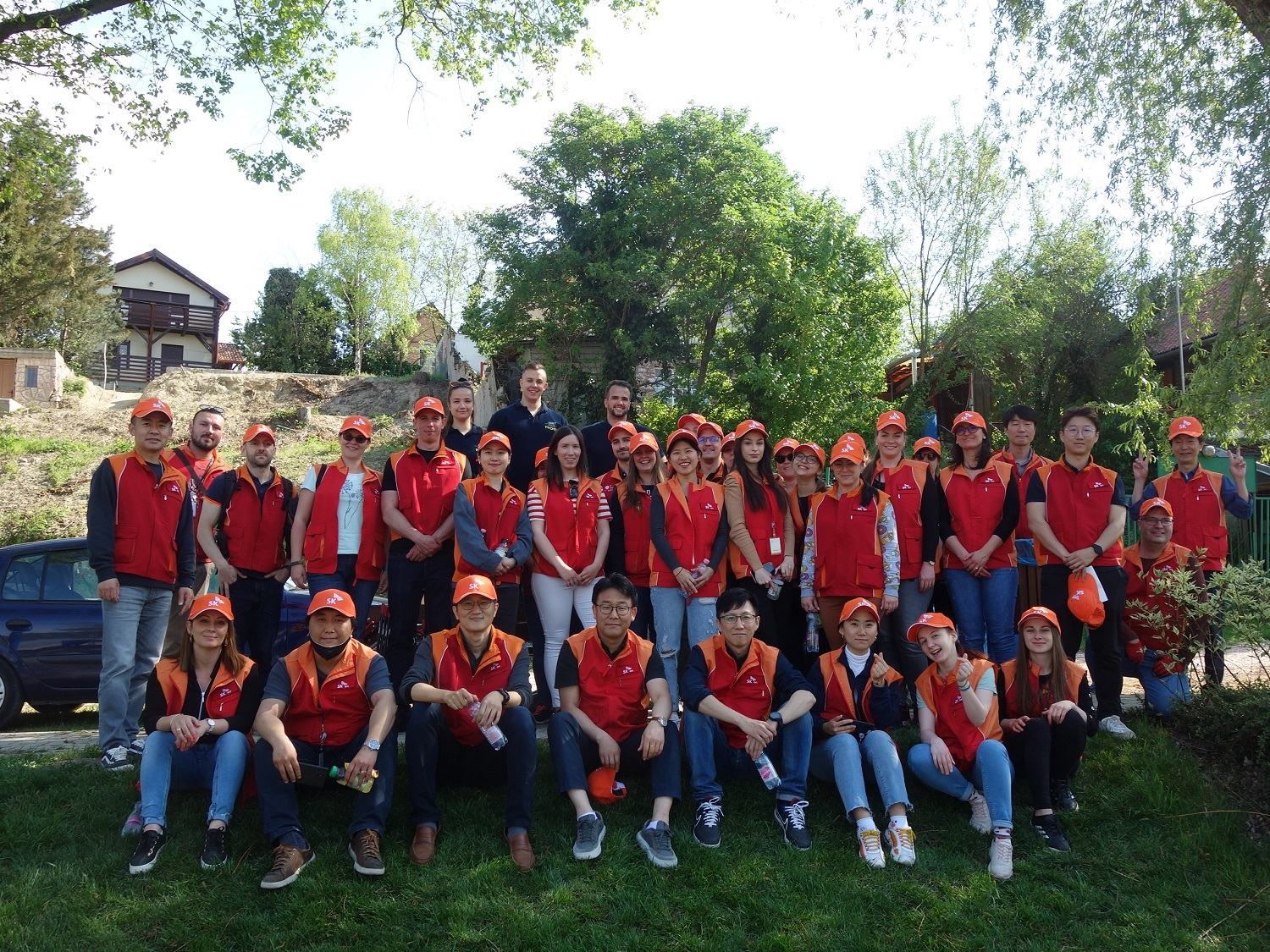